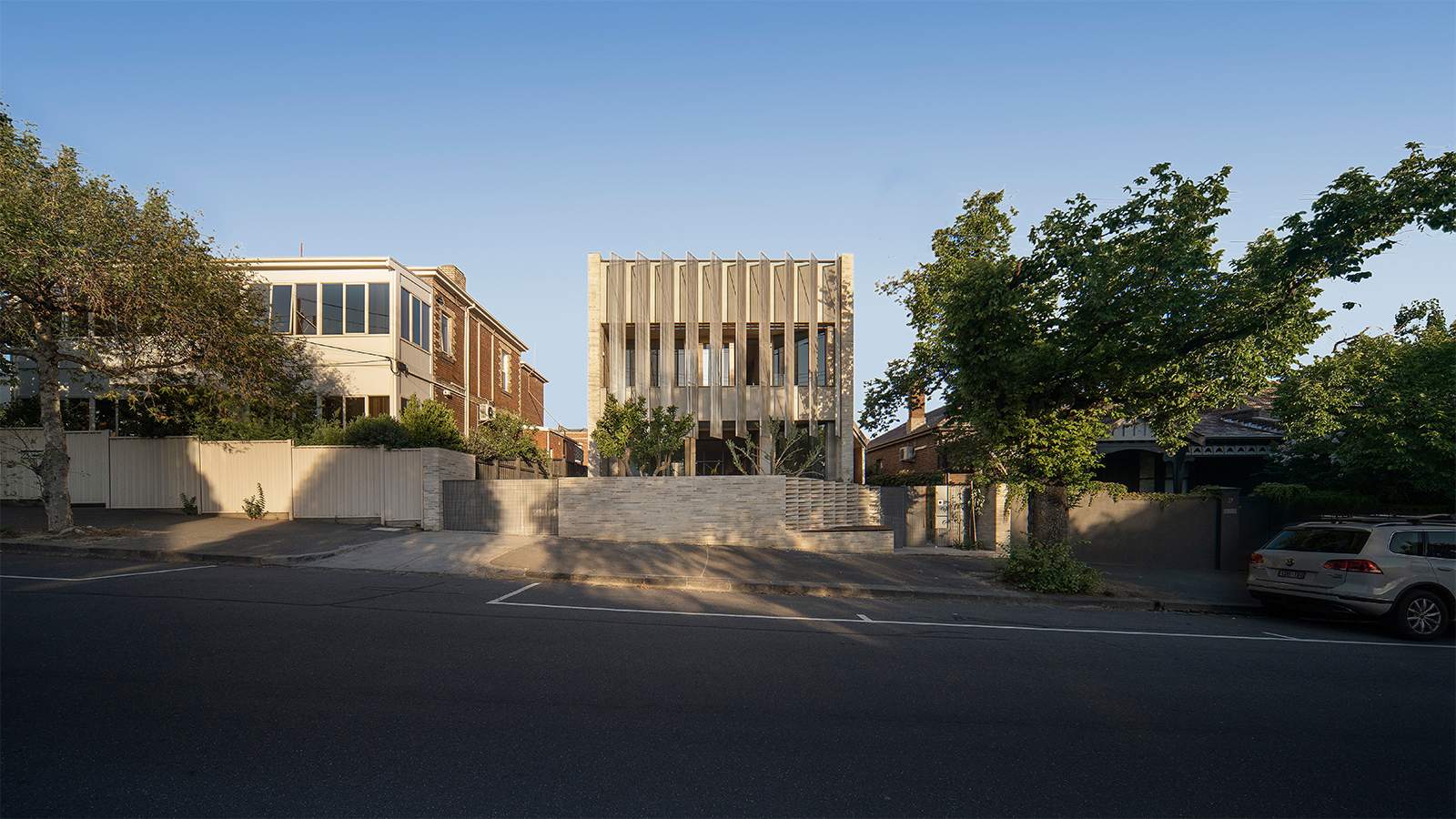 The design of the family home of Jon and Elisa Clements was a slow burn developed through ongoing reflection. The house was to provide necessary breathing room for teenage boys, accommodation for regular visits from friends and interstate family, and dedicated spaces to support working from home.

Jon and Elisa were also very aware that as their lives continue to change, the house might need to change as well, and the home was planned with a divided program allowing for the potential future subdivision into two separate dwellings. 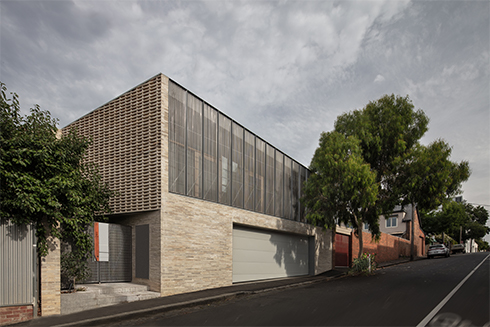 Having lived in Clifton St for eight years prior to building Divided House, Jon felt that there was an important opportunity to contribute to the heritage values of the area at a more considered level (a Heritage Overlay applied to the site).

The house provides considered streetscape activation in contrast to traditional Victorian Era dwellings through generous living spaces opening onto Clifton St. Inclusion of a small public seat in the front fence provides a welcome rest point on the hill. “Taarnuk ut-baany” is inscribed on the seat, a gesture in the local Boon Wurrung Language that translates as “Water in the billy”, a traditional invitation to share food with each other and sit around and share stories.

The non-contributory dwelling that previously existed on the site was to be demolished to make way for the new home. Jon and Elisa wanted to recognise the dwelling as part of the site's continuing history and consequently JCB collaborated with Australian contemporary artist Ian Strange. A large public artwork and exhibition was installed on site prior to demolition, with the dwelling now permanently captured in the photographic work ‘Twenty-Five’. More than 2000 people visited Ian’s temporary ‘Open Home’ exhibition prior to demolition and ‘Twenty-Five’ now greets visitors in the entrance to Divided House. 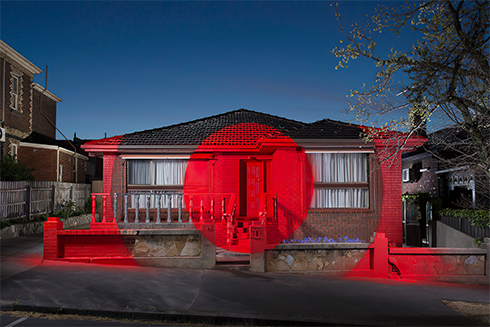 Designed in collaboration with Tim Nicholas Landscape Architects, the garden also references the continuing history of the site. Indigenous and native plantings acknowledge the historical landscape of the Birrarung and traditional occupation of our country and the Kulin Nation, while Mediterranean and exotic plantings reference the post-war immigration to Richmond and the previous owner’s 50 year occupation of the site. 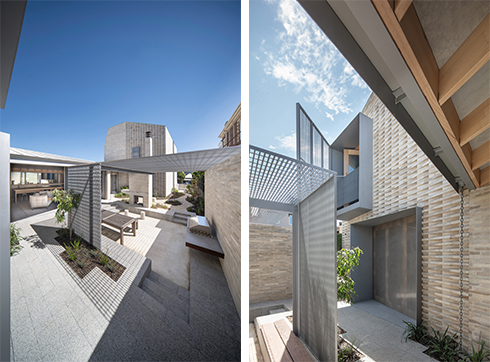 The plan arrangement of the house is divided into two primary brick building forms placed at the front and rear of the site. These buildings have separate frontages to Clifton St and Waverley St, responding to differing streetscapes and associated heritage considerations.

The two primary forms are linked by a single storey ‘lean-to’, referencing the old outhouse laundry and lean-to that existed on the site prior to demolition. The lean-to is the gravitational centre of the building, embracing the north-facing courtyard and garden. This meeting point accommodates the kitchen and informal living space and it both divides and connects the two ends of the house. This lower form also provides important solar access to the neighbouring dwelling immediately to the south.

Parents and kids are separated at each end of the house. The two-storey building form to the east (fronting Waverley St) accommodates a garage, kid’s bedrooms, rumpus and laundry / service areas. The western built form (fronting Clifton St) accommodates retreat living, dining and study on the ground floor, the main bedroom on the first floor and a flexible gallery and studio workspace in the basement with adjoining guest accommodation. The planning arrangement is site specific and provides considered relationships between internal spaces, external gardens and city views throughout the house.

This project exemplifies the value of genuinely collaborative and continuous design processes which engage the expertise of the builder, secondary consultants and specialist tradespeople as key contributors to the quality of the outcome.