Back
Back to Top 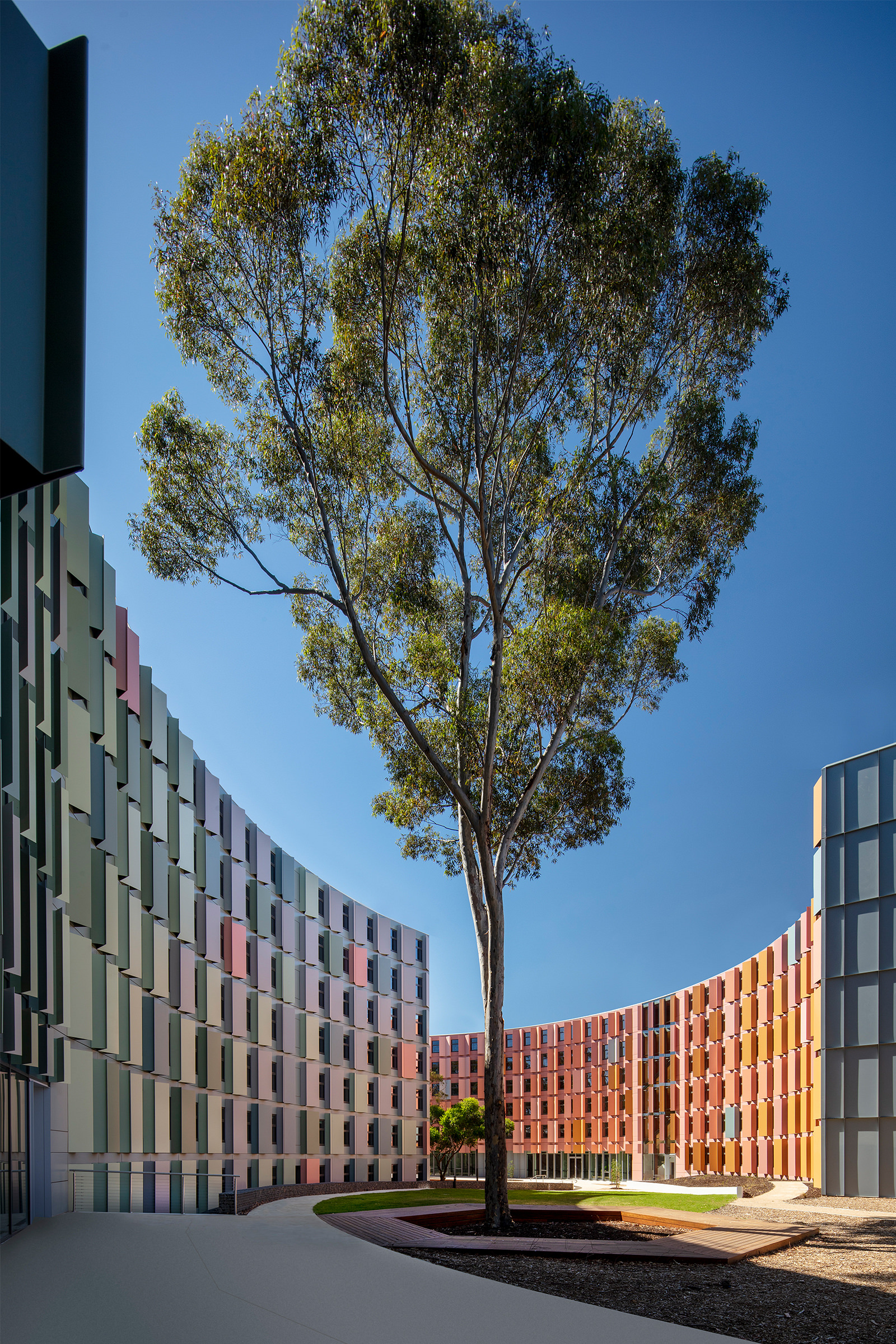 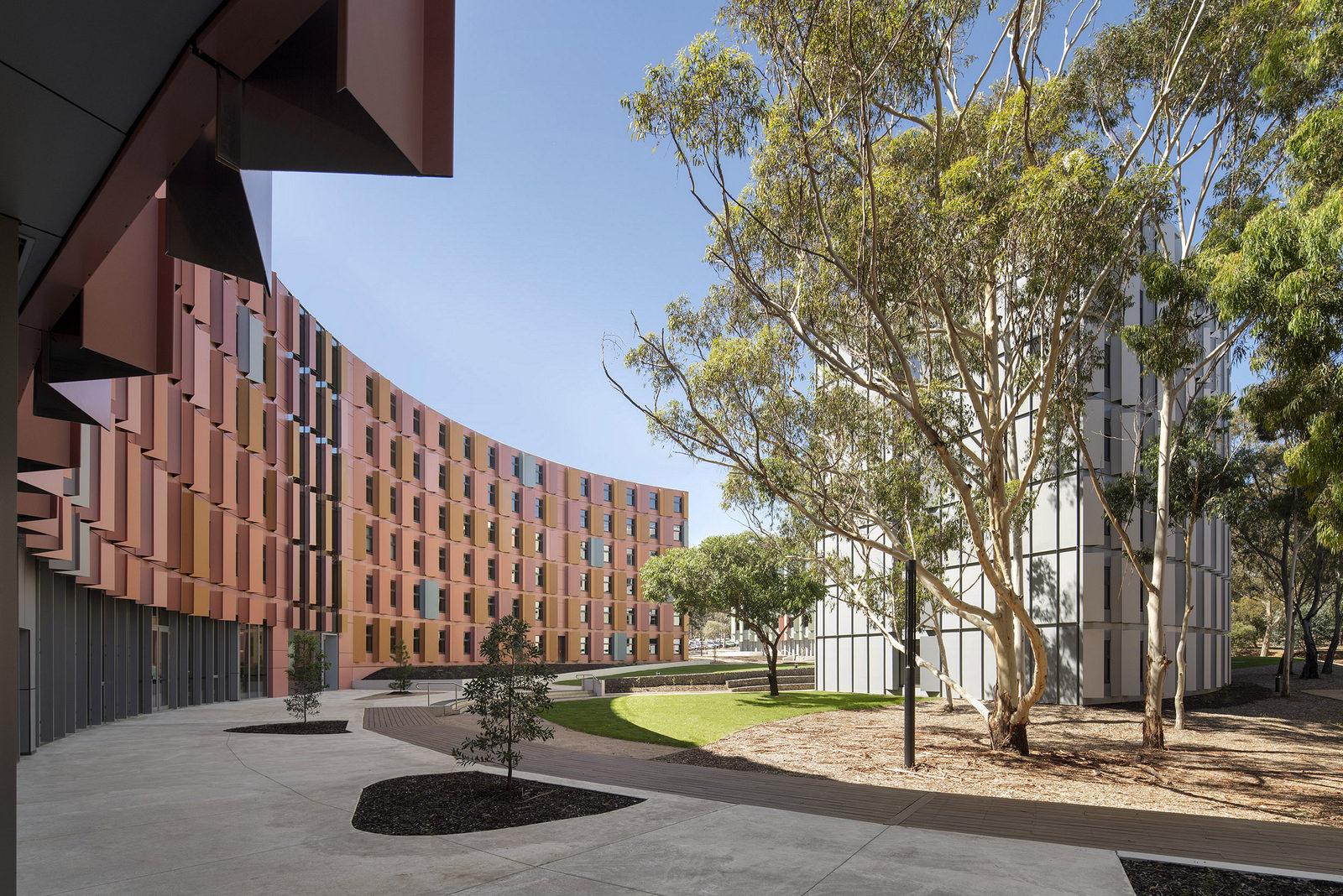 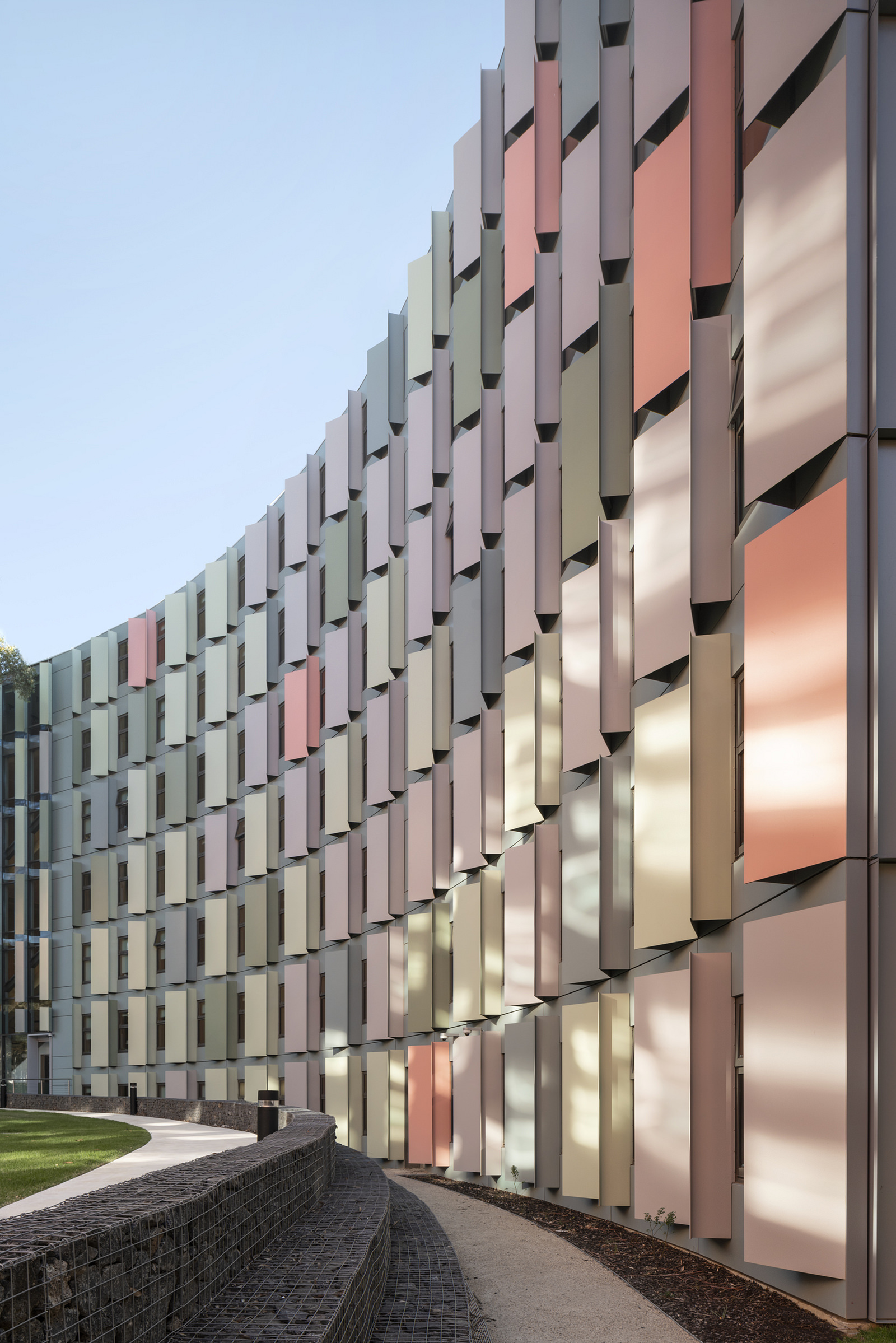 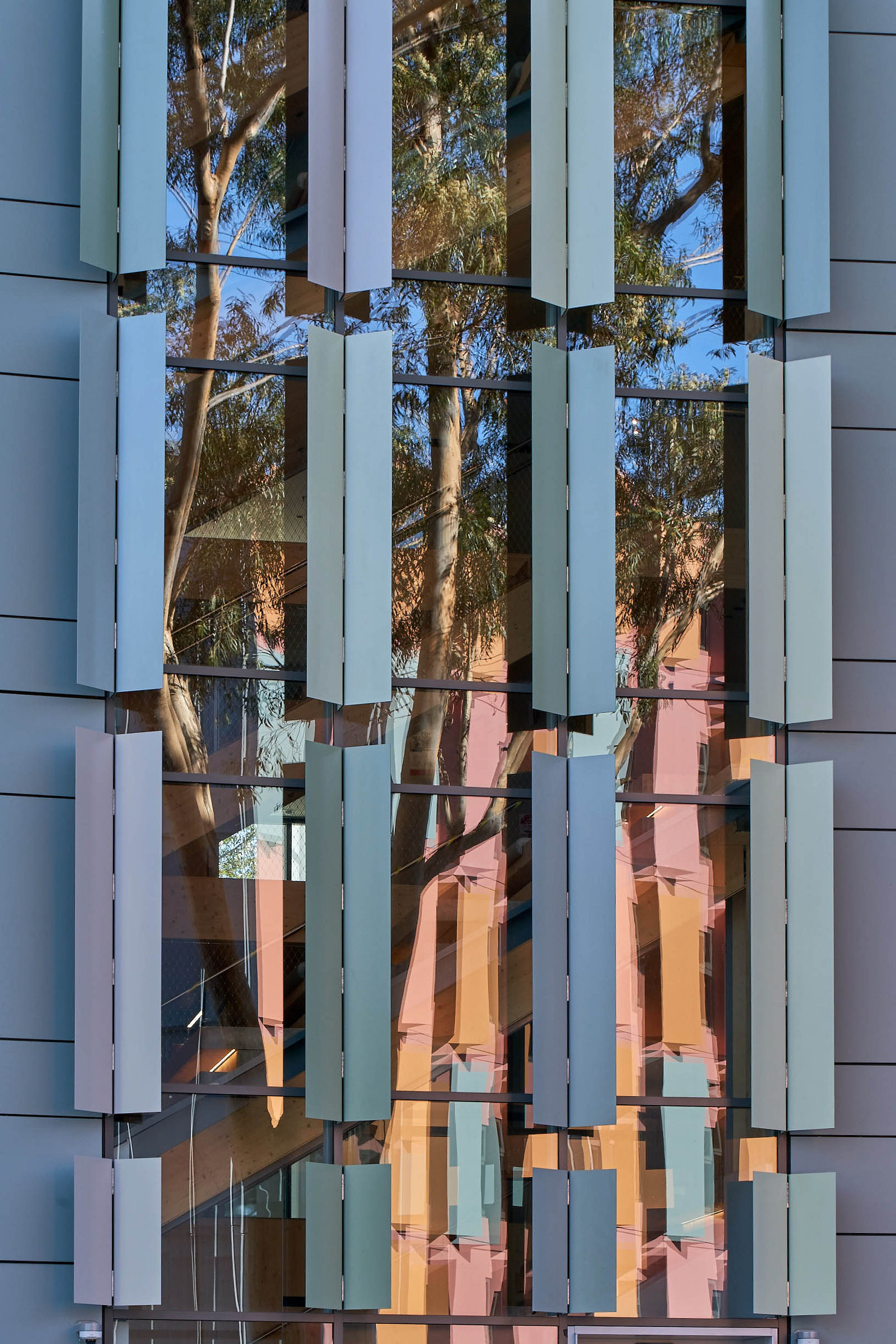 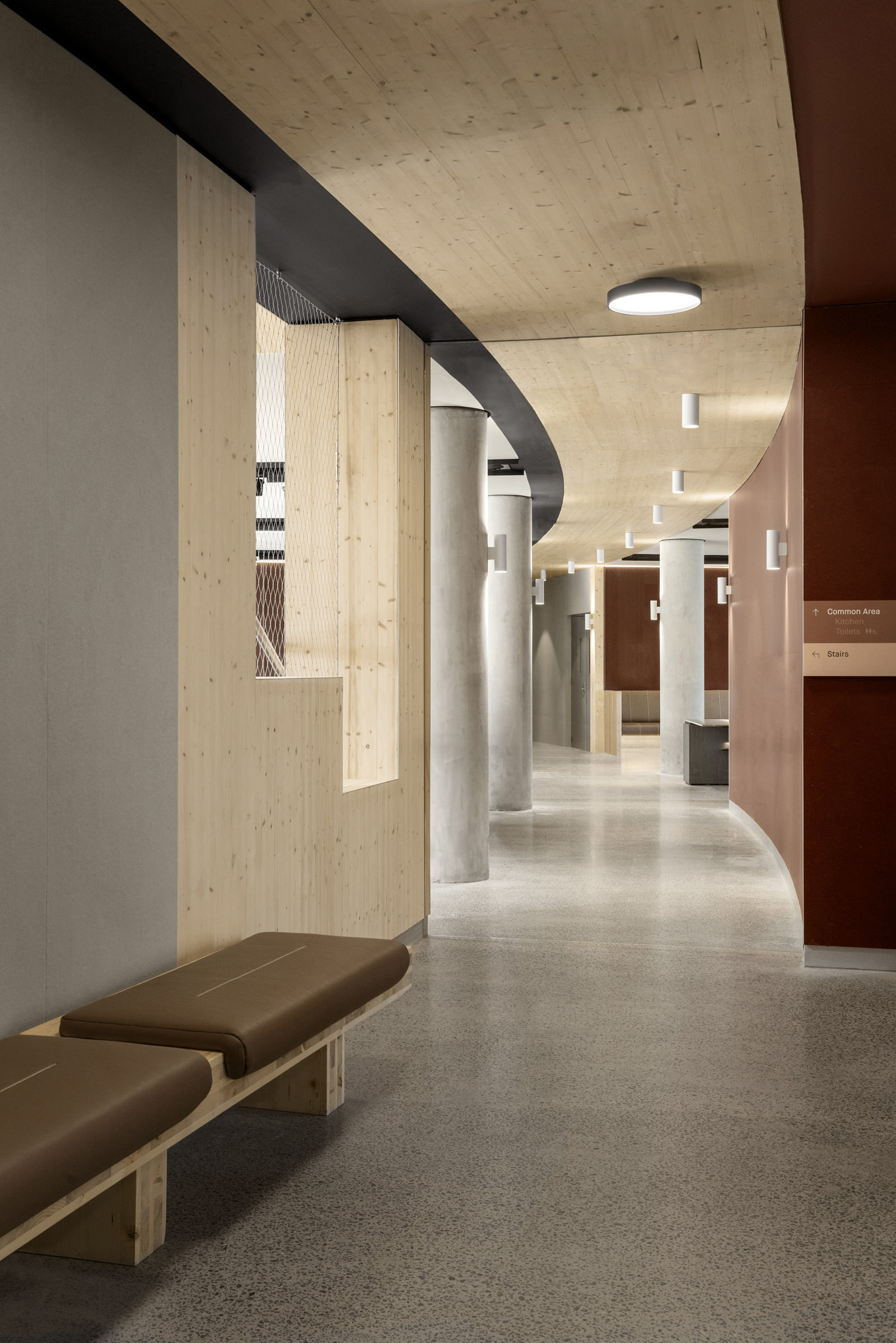 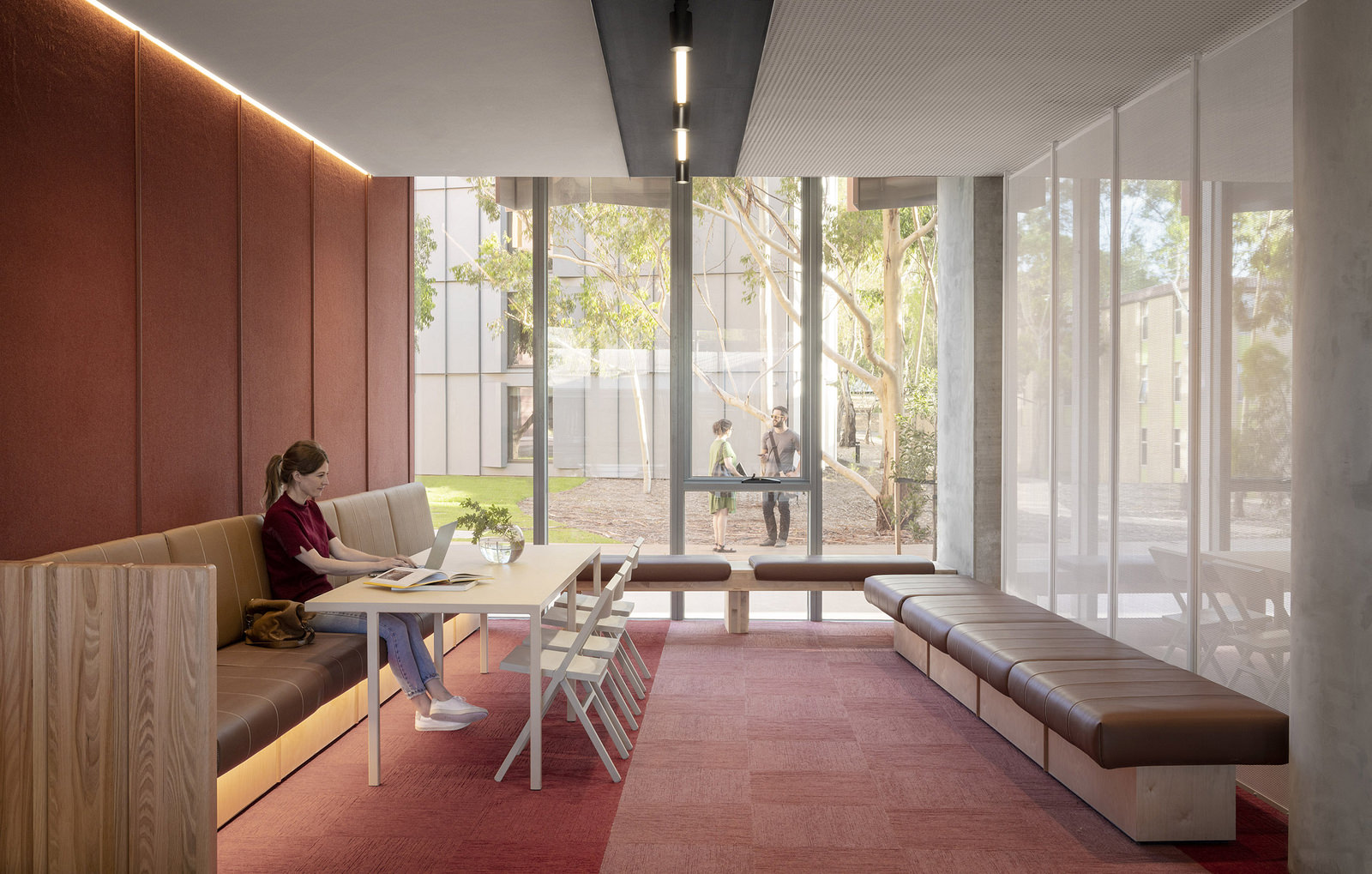 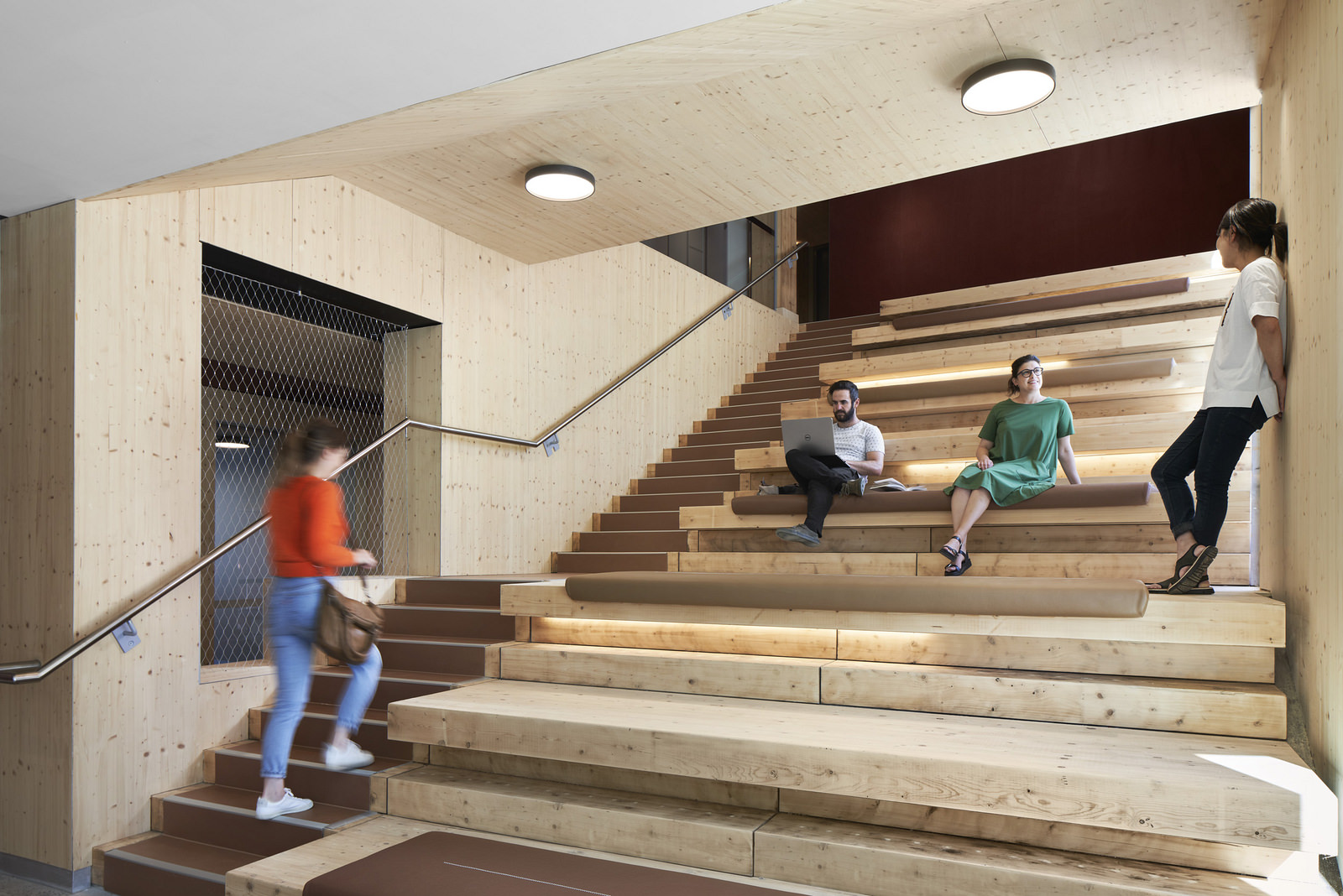 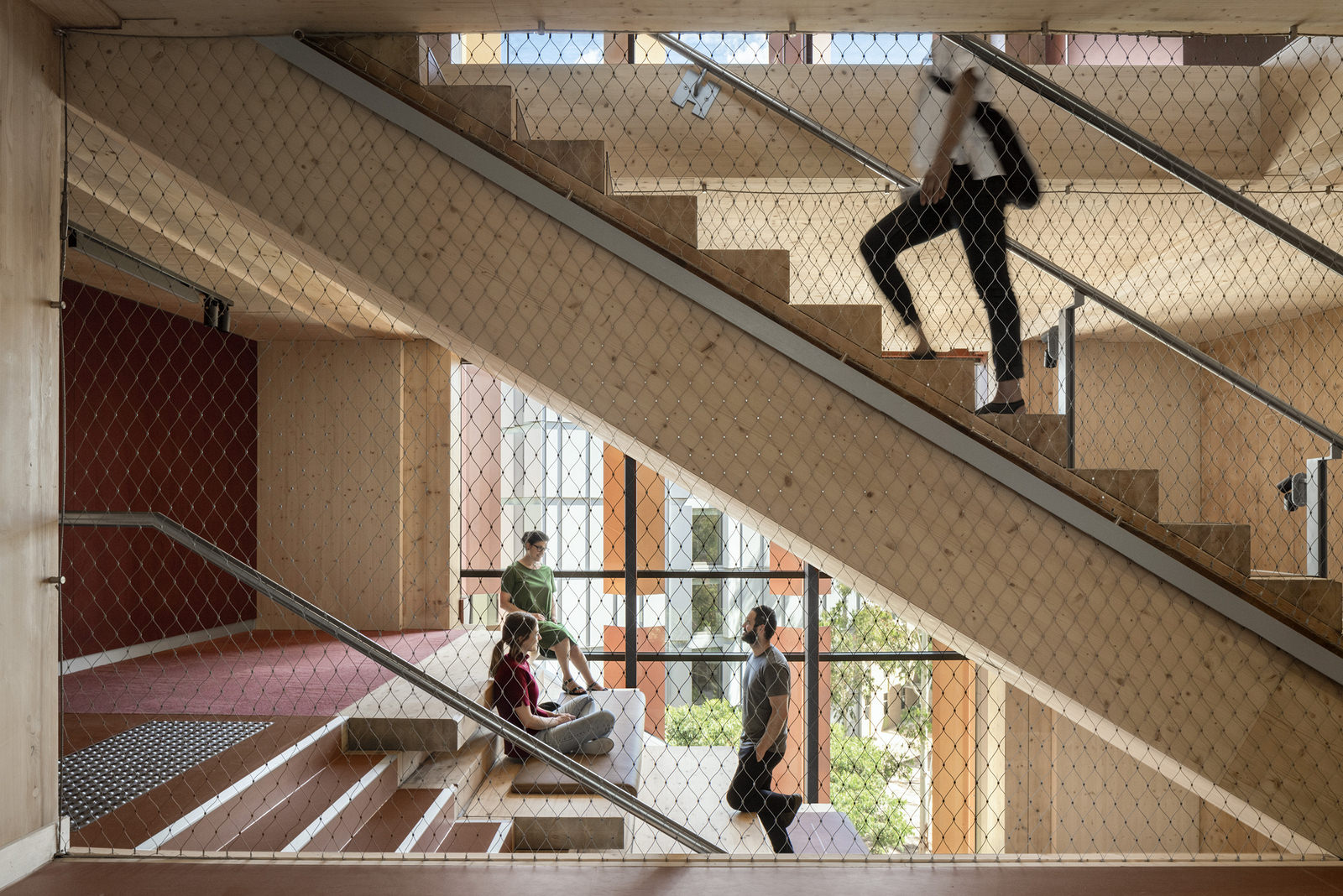 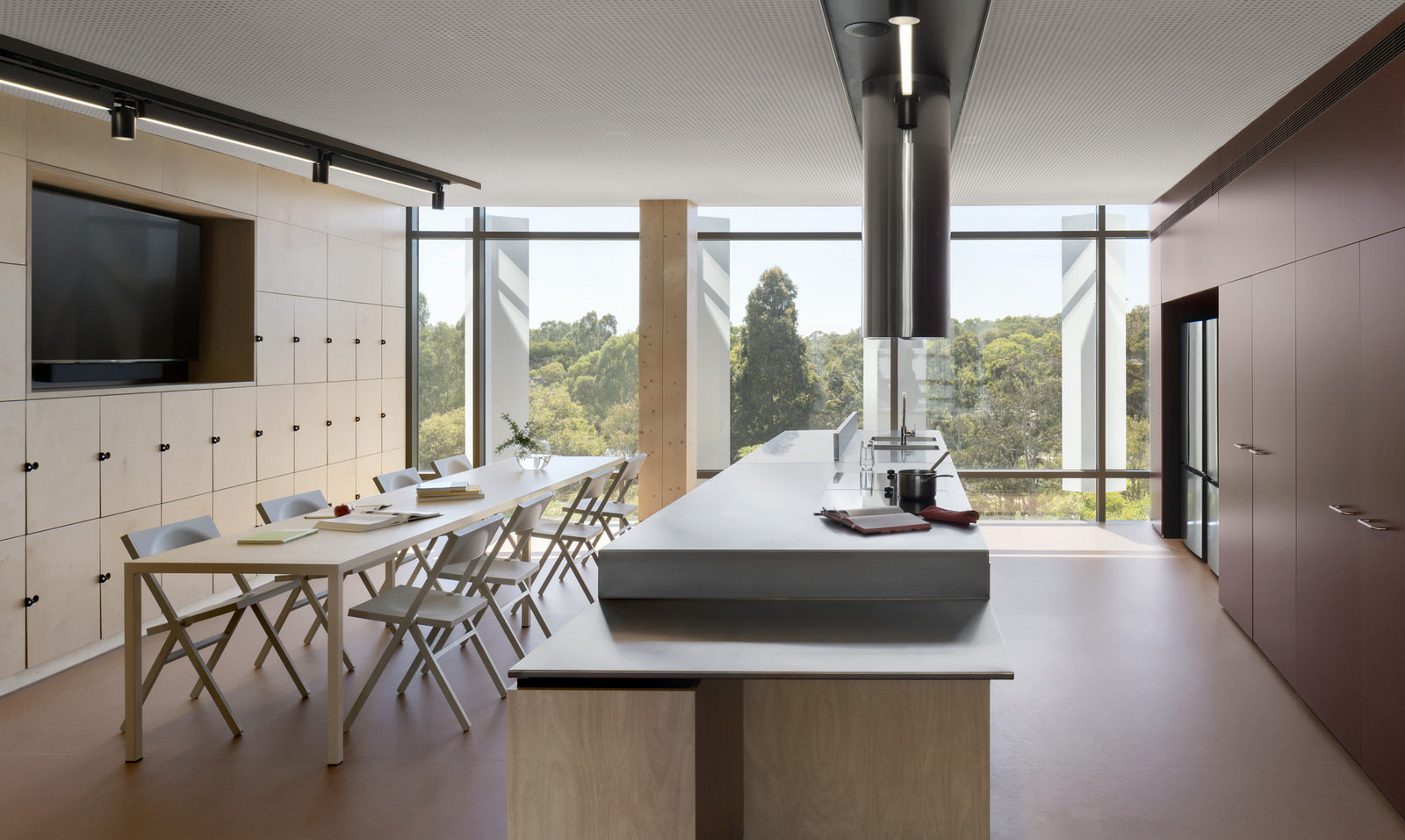 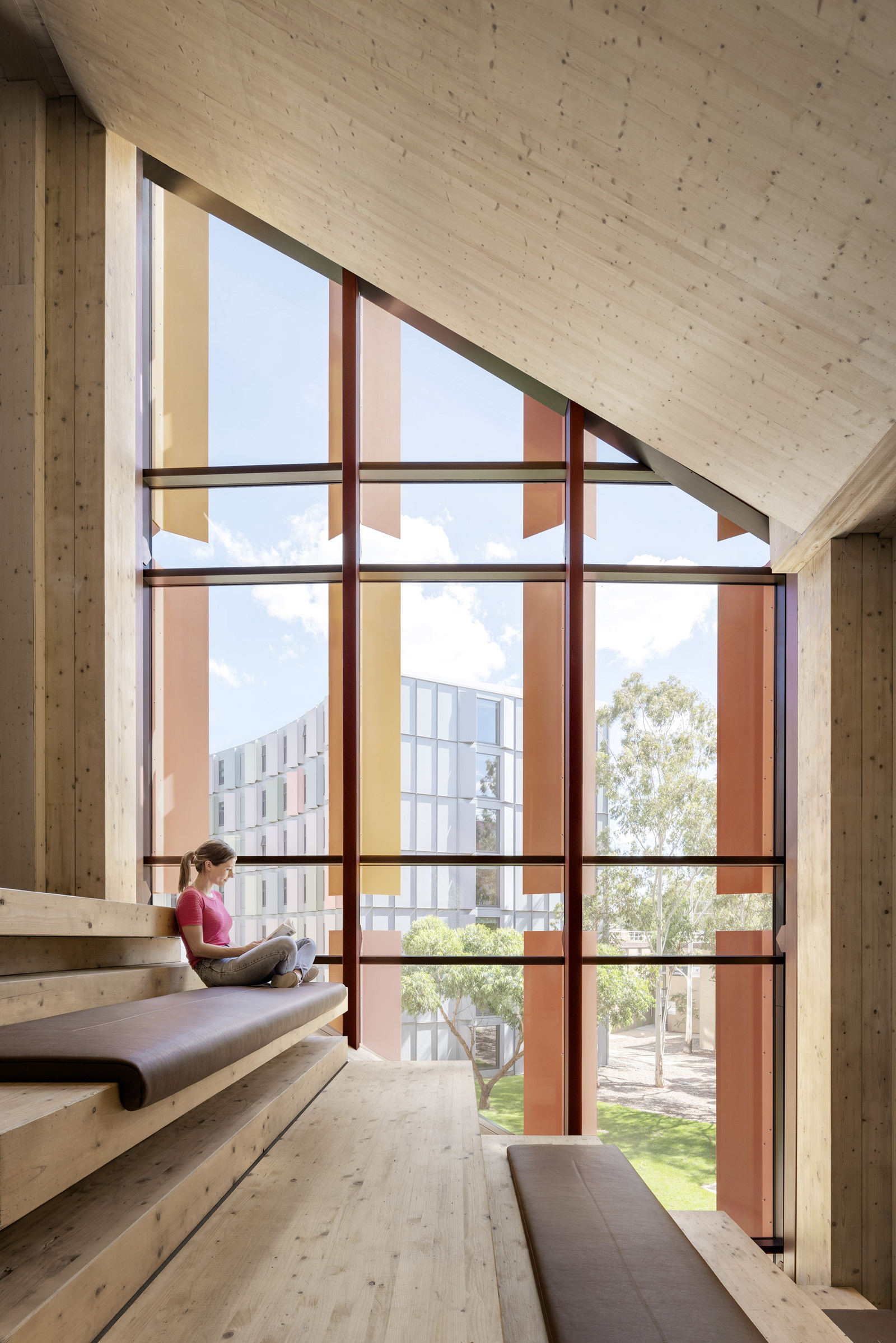 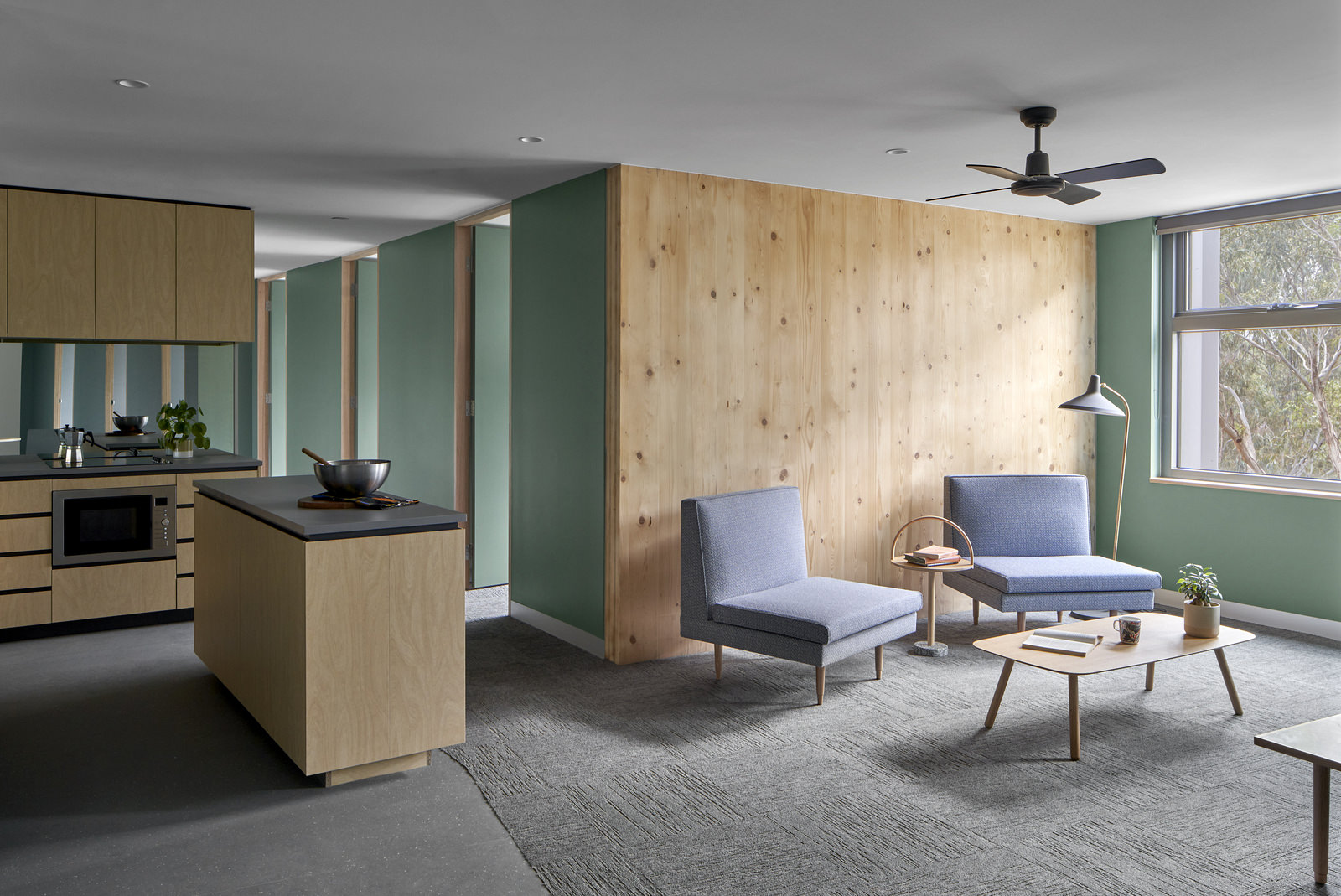 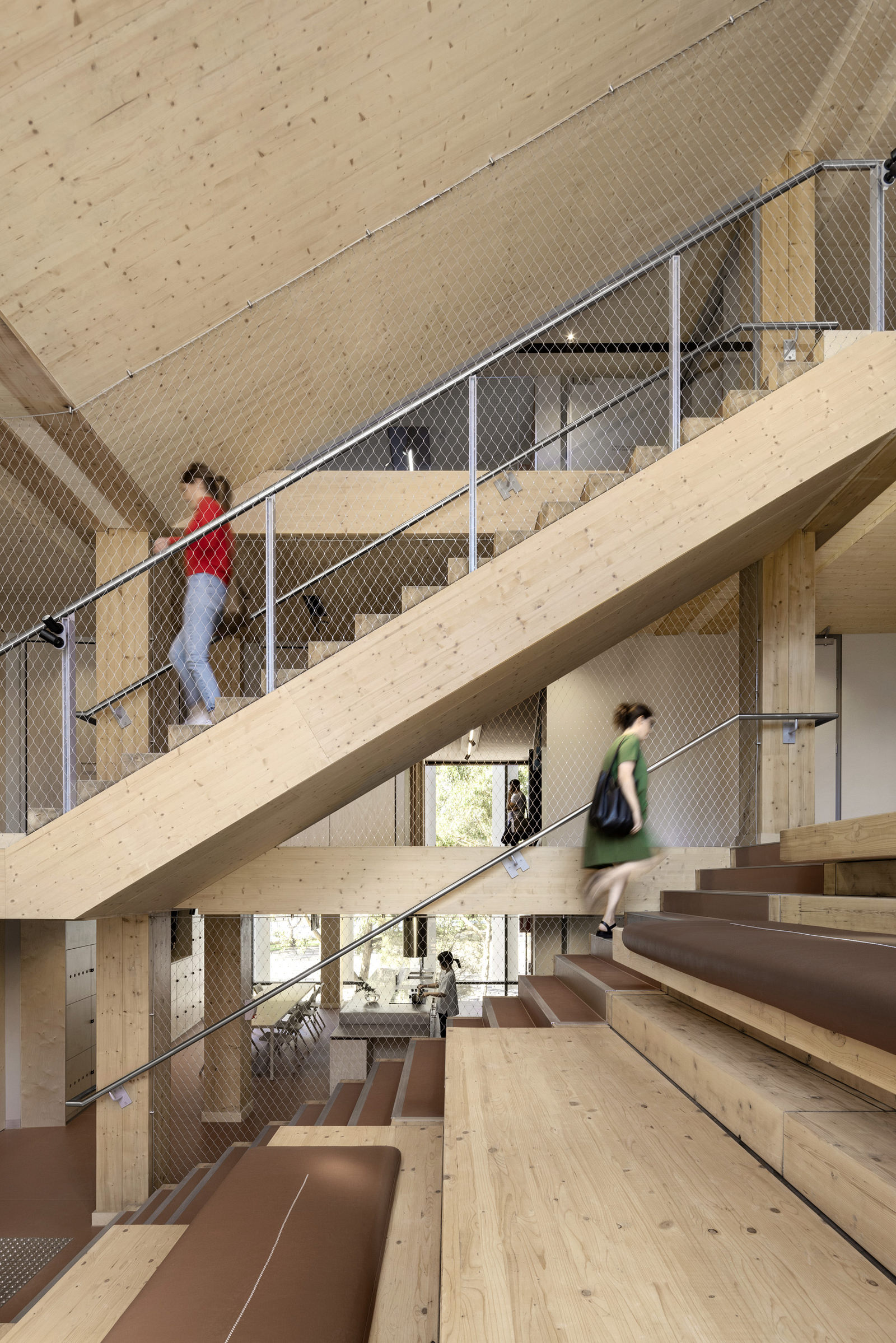 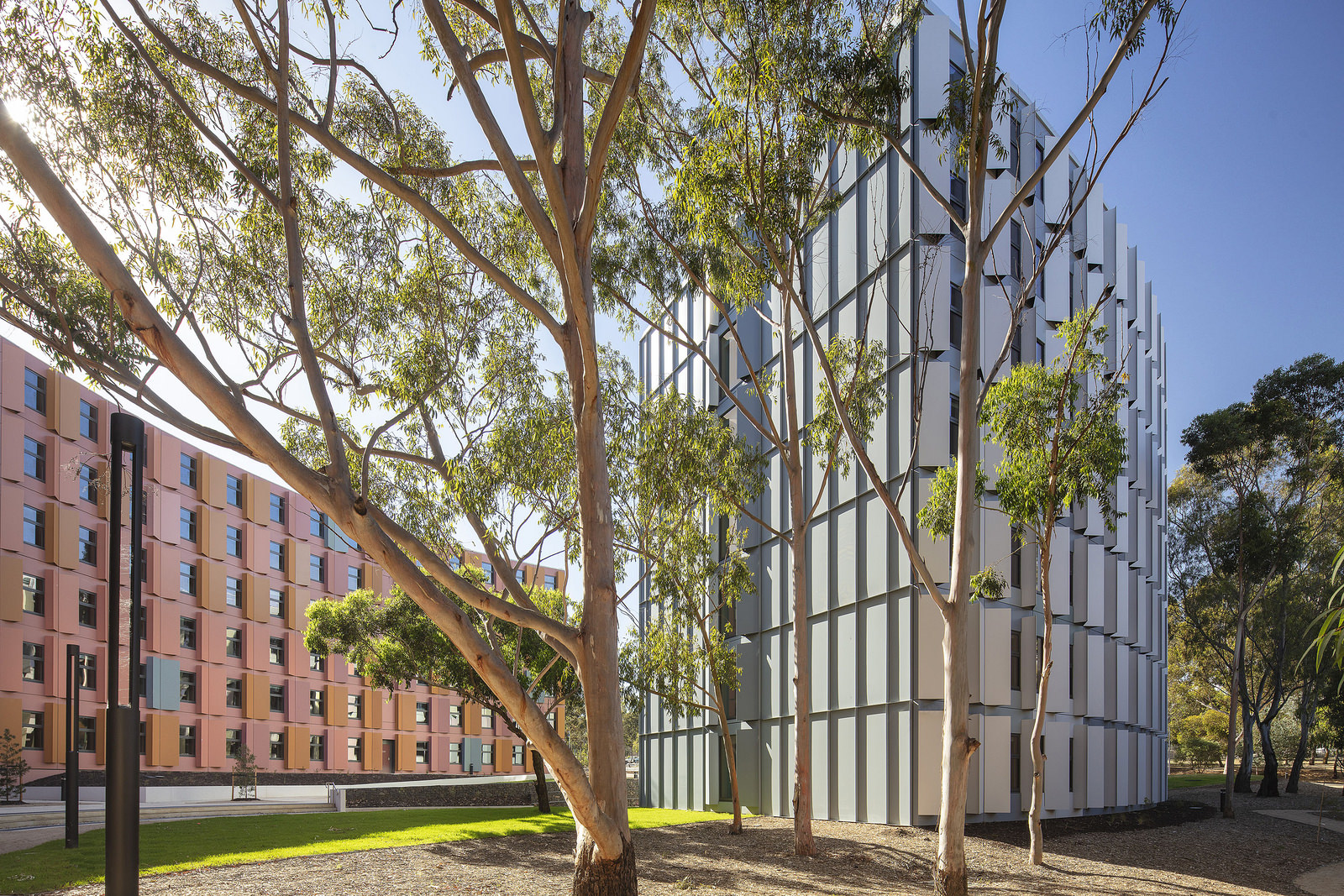 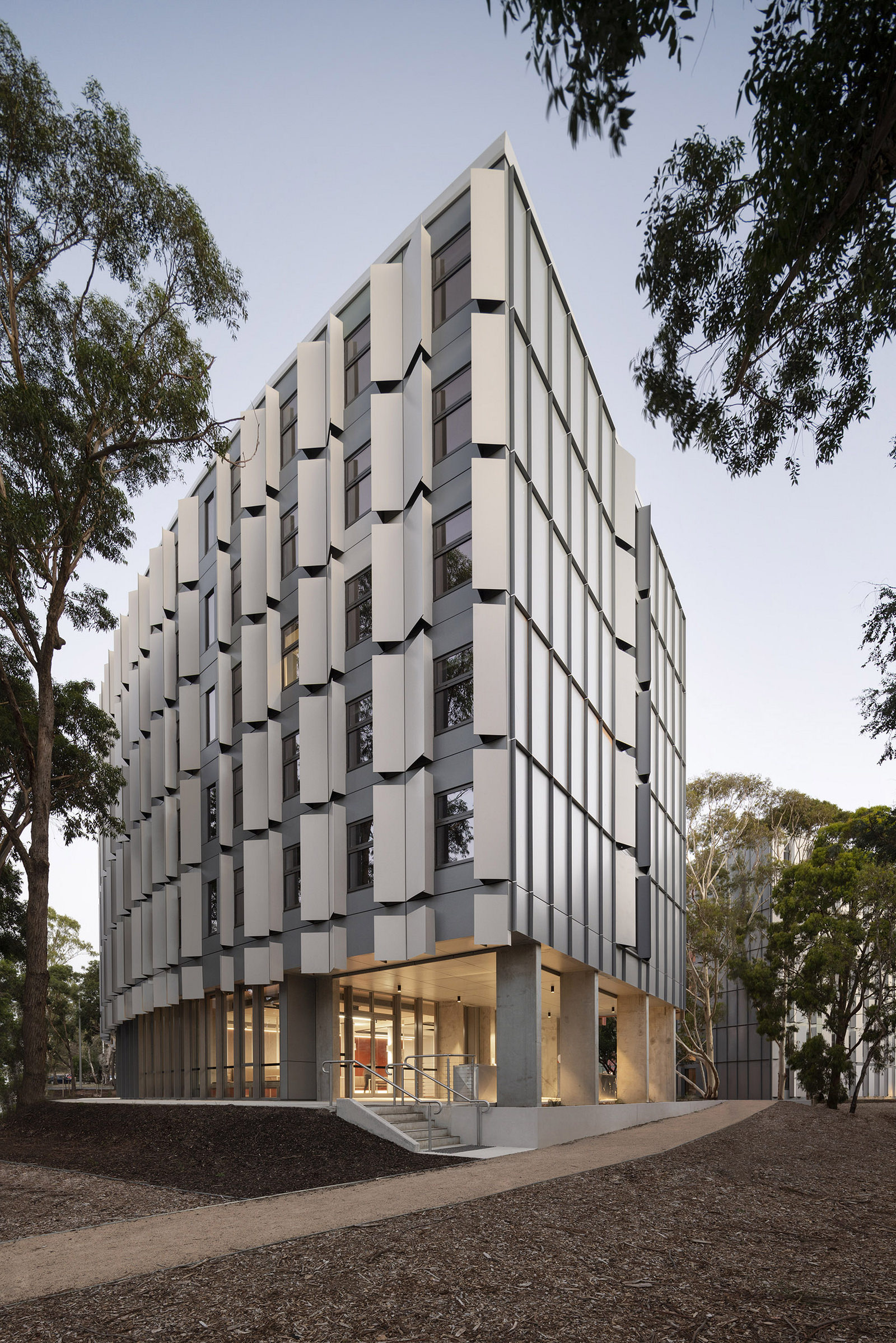 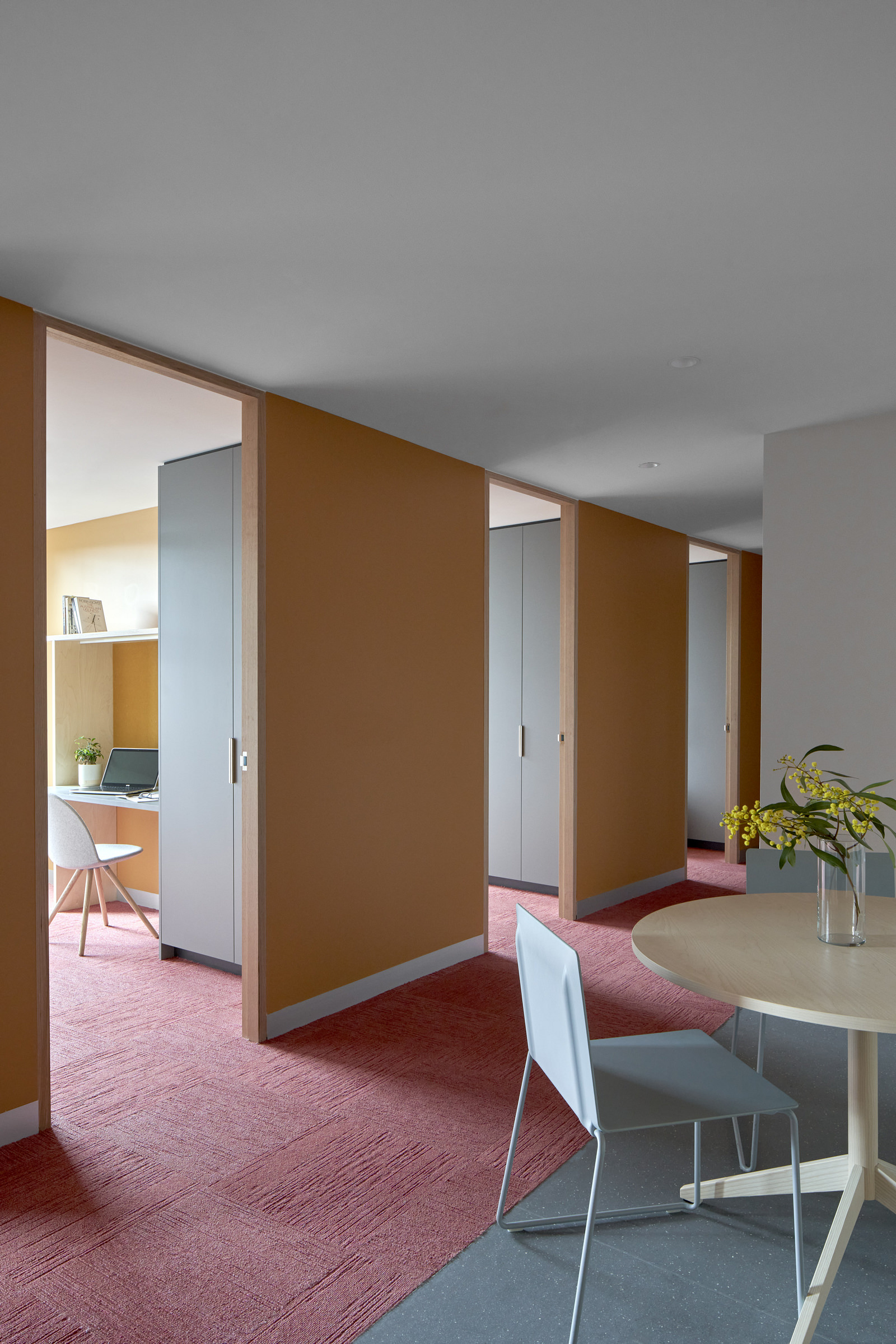 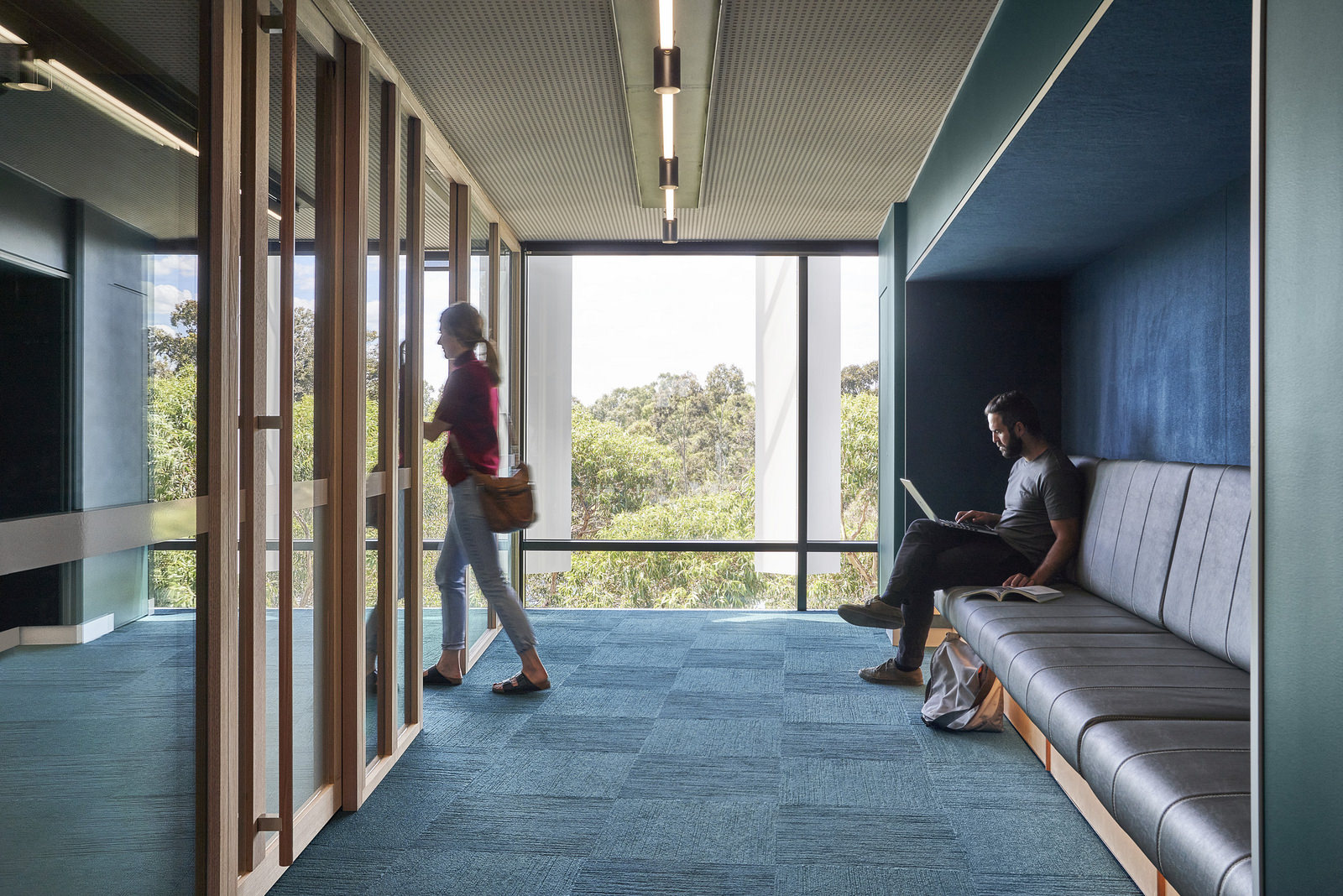 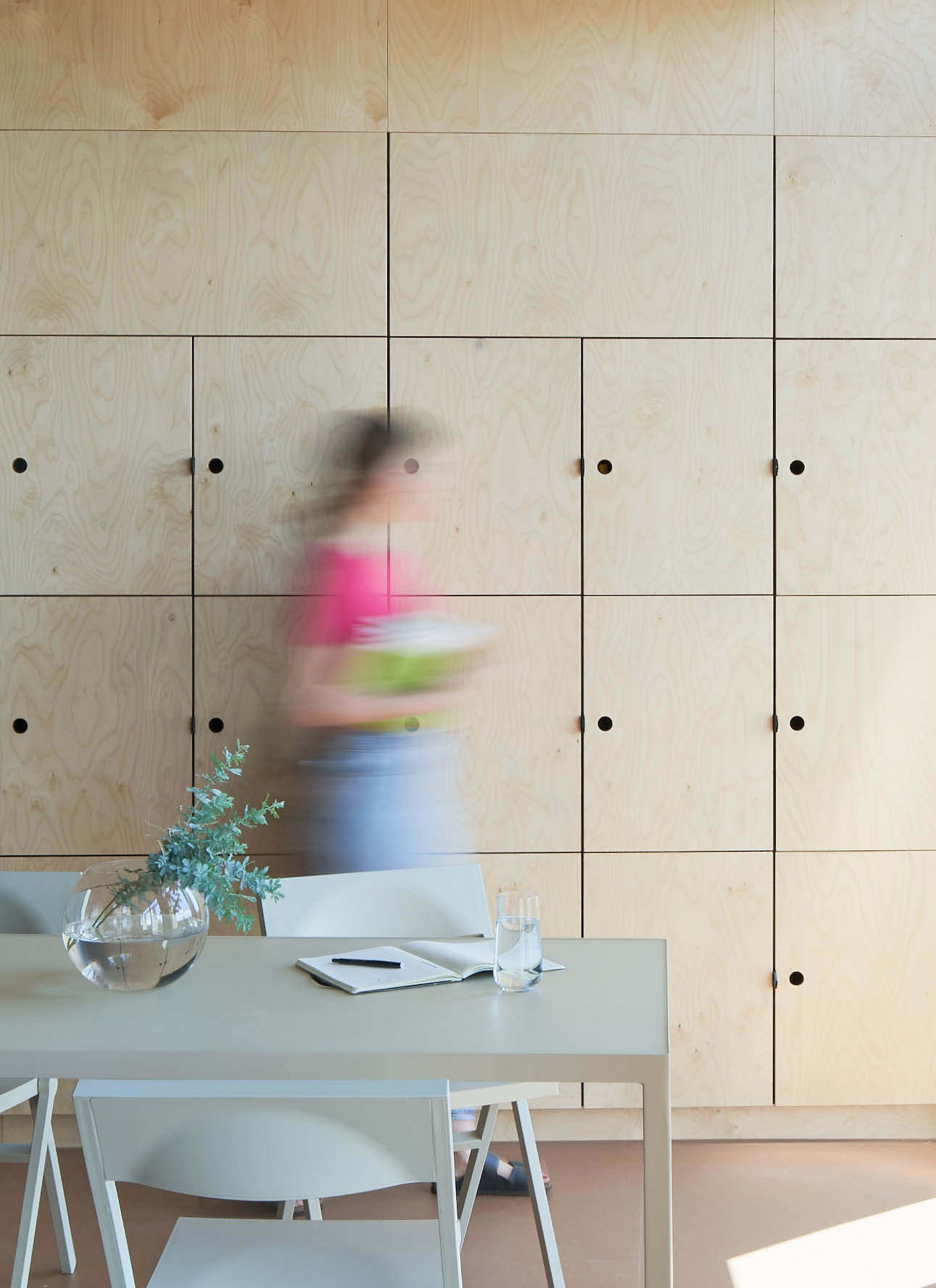 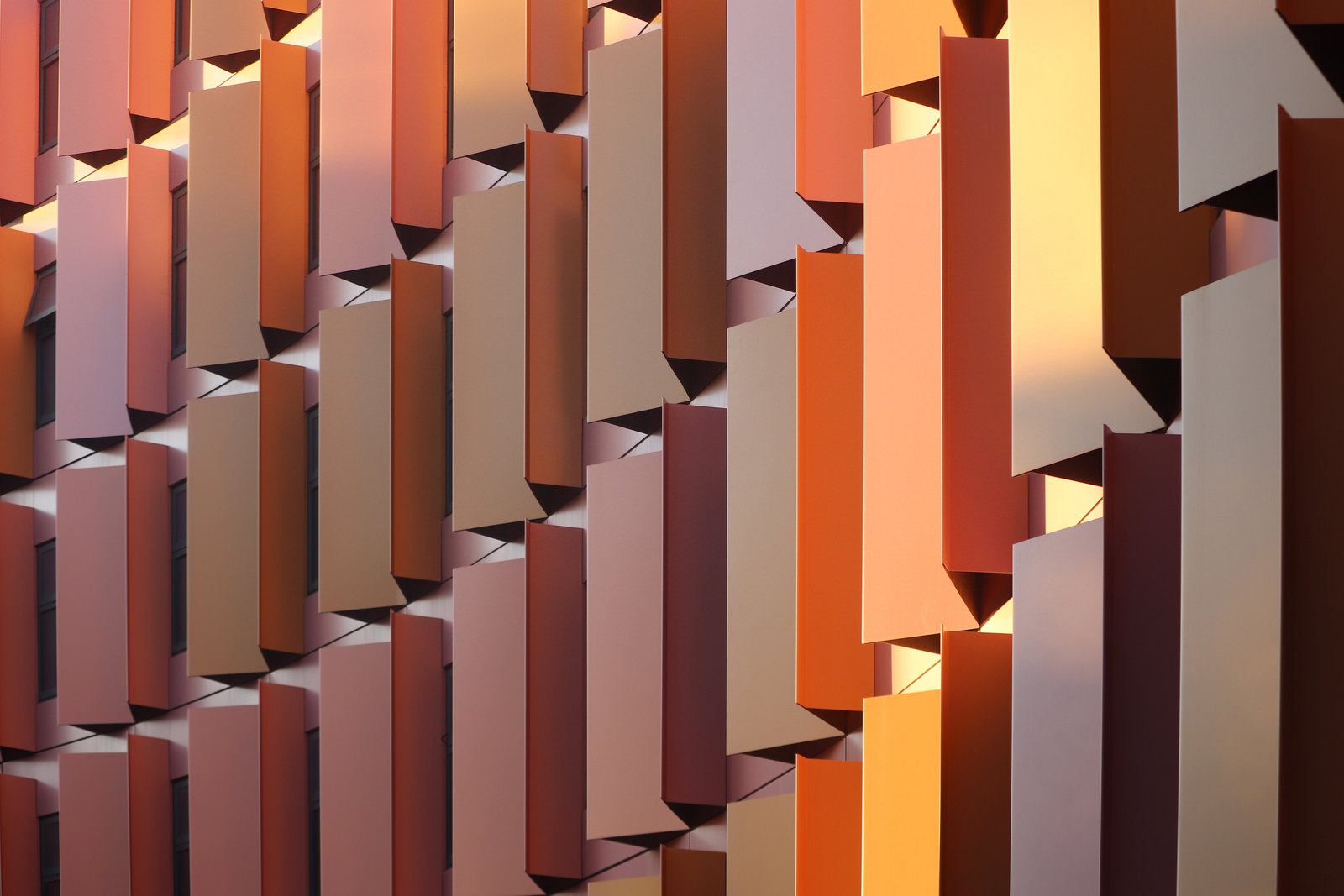 La Trobe University’s twin building student accommodation brings 624 new student beds to the Bundoora campus and forms part of an ambitious plan to transform the campus into a University City of the Future.

The project is the largest mass timber building in Victoria, utilising 4500 cubic metres of cross laminated and GluLam timber.

This is a significant project for the University and one of the first buildings of an overall master plan that creates high quality housing and study spaces, improves student living and enhances connections to adjacent precincts.

The buildings form two sweeping arcs along the site’s north eastern and south western corners, creating strong edges to the campus ‘street’ network and a large central ‘private’ courtyard space. The radial forms negotiate their way around the established gum trees which flank the site boundary and form sculptural clusters. Whilst both buildings have respective ‘front doors’ to the street network, a finer grain of pathways sneak between to reveal the development’s inner, more colourful heart.

A considered palette applied to the facade and interior spaces references the macro to micro of the site’s indigenous landscape, respecting its Australian bush campus context. The colour spectrum indicates a progression from the whites, silver and greys of eucalyptus trunks to the vibrant colours found in the details – greens, pinks and reds in the gum leaves, and burnt oranges in the bark fissures.

The development has achieved a 5 Star Green Star as-built rating, while the use of mass timber construction and high-performance united facade system will substantially lower its carbon footprint during the building’s lifespan. 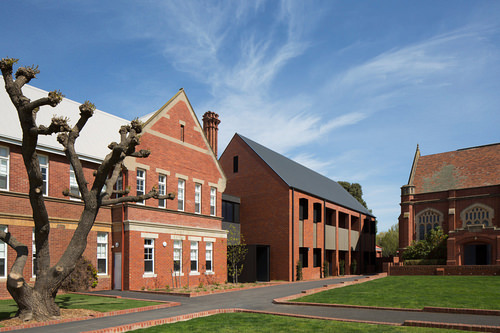 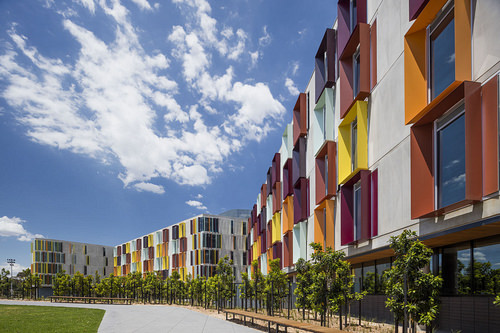 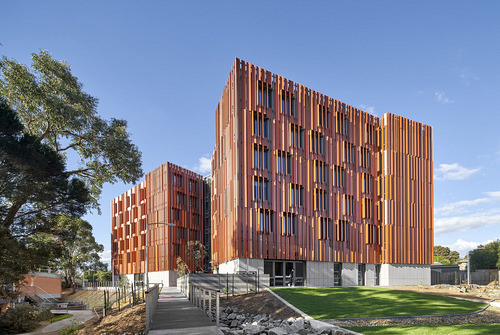